ONLY 10% OF TEXAS ATTORNEYS ARE RECOGNIZED AS SPECIALISTS 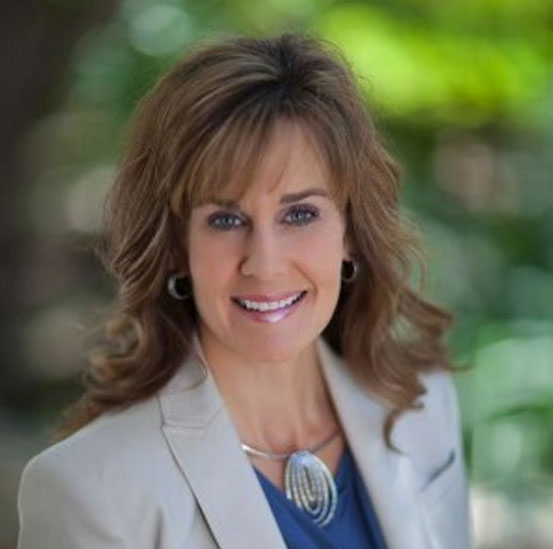 Super Lawyer who is Board Certified in Personal Injury Trial Law

Laura devotes her career to fighting for people who have been seriously injured or for families who have had a wrongful death. She has represented clients in wrongful death and injury cases resulting from trucking wrecks, major car wrecks, medical practice, and in recent years, she has made birth injury cases a particular focus of her practice. She represents babies who have suffered serious injuries at birth resulting in cerebral palsy in Texas and across the nation. She is a mother of two—and truly loves representing children and serving as an advocate for them. Because of this passion, Williams & Brown LLP launched Birth Injury Safety, a national campaign dedicated to spreading information and ending preventable birth injuries.

Laura’s passionate representation of her clients has generated many significant results. As you can see from the Verdicts and Settlements section of this website (where detailed information on each case is provided).

Laura obtained a $16.3 Million Dollar Verdict in wrongful death case tried in Tarrant County. She represented the wife, children and parents of a man who was killed in a wreck involving a company employee who was sent home from work because she drunk. She also obtained a $10.3 Million Dollar Verdict in a birth injury case in which the baby’s umbilical cord was wrapped around his neck causing a brain injury and resulting in hypoxic-ischemic encephalopathy (“HIE”) and cerebral palsy.

I am a third-generation trial attorney—both my father and grandfather were trial attorneys. I grew up watching both of them take cases to trial. I attended Baylor University and was a premedical student. I graduated from Baylor with a degree in biology. But, as the old saying goes, the apple doesn’t fall too far from the tree—I think I was destined for the law.

I went to Baylor Law School and graduated in 1992. My premedical background was great training, and I she spent seven years defending medical negligence cases before deciding that my heart was really with the victims of major accidents and medical negligence. I decided that my legal career would be devoted to representing people, families, and babies.

I’m a trial lawyer. If I believe that someone has been wronged and that person’s life or the lives of the family members have been devastated, I am going to fight for them with everything that I have. I can’t take every case, but I take as many as I can and still devote me energy and attention to each client. If you or someone in your family needs help with wrongful death, serious injury or birth injury case, I would love to talk with you to find out if I can help you.

Laura is an adjunct professor at Baylor Law School teaching Advanced Trial Preparation and Personal Injury Trial Law. An active member of the legal community, Laura has also published and given lectures on Advanced Medical Malpractice topics through the “Lost Chance of Survival” series. In addition, she gives speeches across the country to labor and delivery nurses about the types of medical mistakes that she has seen in working on birth injury cases and helping educate these nurses on steps that they can take to prevent injuries to babies in the future.

Laura Brown is Board Certified in Personal Injury Trial Law by the Texas Board of Legal Specialization.

Laura was named by her peers and the Texas Monthly Super Lawyer publication as a Super Lawyer, Laura is a member of the American Association for Justice, the Birth Trauma Litigation Group, the Interstate Trucking Litigation Group, and the Association of Plaintiff Interstate Trucking Lawyers of America. She is a pilot, sky diver, scuba diver, and a black-belt kickboxer. Her husband, Mark, is a commercial airline pilot and shares her love for flying and the water, but prefers not to jump out of airplanes. They both enjoy running, water skiing, and snow skiing. Their two children are very active in all types of sports.

Resolution for Our Clients

What Our Clients Say

"After our family experienced a tragic loss, I was given Dale Williams’ name by a friend. After visiting with Dale I knew right away that he was the attorney we wanted on our side. His lengthy experience and stellar reputation meant a lot to us. He proved to be exactly who we needed to represent us in the tragic loss of my husband’s life ... His dedication to our family and determination to bring honor to my late husband has left a lasting impression on all of us. Not only did Dale make sure our family received the outcome we deserved, he became a genuine friend to us whom we trust wholeheartedly."

Severe injuries to infant by suffocating on his own umbilical cord

Severe burn from a defective product